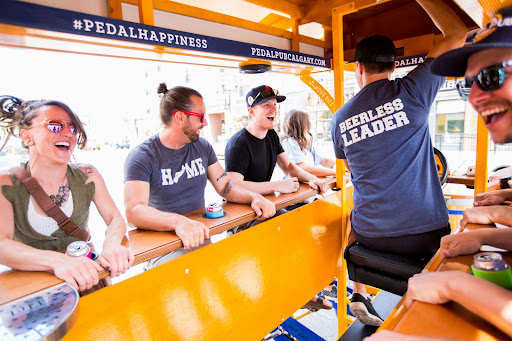 We get to work with some awesome clients. When Pedal Pub Winnipeg approached us to help with their official launch in June we couldn’t wait to get started.

As with all of our PR campaigns, we started by meeting with our client to get an idea of what they’re all about and what we can do to help them reach their goals. Pedal Pub Winnipeg was bringing the European and North American party bike experience to our city through the Pedal Pub franchise and needed help to spread the word about their official launch in Winnipeg at the beginning of June 2022.

We set out to put together a media plan that would lead to traditional and social media coverage. Our goal was to gain local tier one media attention ahead of Pedal Pub Winnipeg’s official launch.

To ensure coverage, we planned a media day that was highly geared towards generating great visuals and sound bites for the media. Our media event took place on a sunny morning in front of the Canadian Museum for Human Rights, a landmark which has become synonymous with Winnipeg. We engaged with Travel Manitoba to provide a representative to speak at the media event and give the media context on the effect the Pedal Pub experience is expected to have on the local tourism industry. We also worked with Pedal Pub Winnipeg representatives on speaking points to ensure positive coverage of the launch.

In addition to traditional media coverage, we also set out with a goal of gaining social media attention. We hosted an influencer night with some of the city’s biggest social media and radio personalities. Our influencer night gave invitees a chance to experience what Pedal Pub Winnipeg offers on its tours and create content around their experience.

We pitched to a total of 13 different media outlets which resulted in four clippings. We reached our goal of attracting local tier one media which included coverage in the Winnipeg Free Press and CTV Winnipeg News at 6.

We used Media Rating Points  (MRP)  to calculate our total potential media reach. MRP is the industry tool we use to measure how many potential readers, viewers and listeners were reached by the outlets who covered a story.

MRP calculated a total potential reach of over 838,000 readers and viewers.

We’re Here To Help Make Your Launch A Success

Launching a new product or experience in Winnipeg? We’re experts at helping businesses put their best foot forward in the media. Reach out and we’d be happy to help. 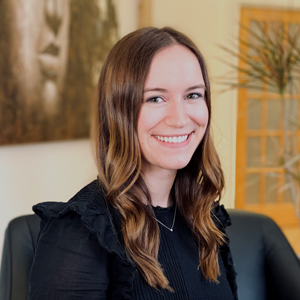