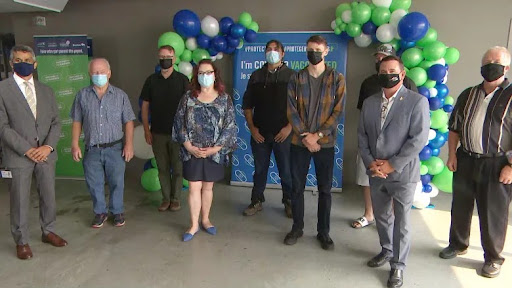 The team at Dooley PR & Marketing was already excited about Manitoba’s Vax to Win lottery, dreaming about what we would do with $100,000 – ideas of exciting trips, paying off student debt and home renovations were thrown around the office. We did end up being involved in the vaccine lottery, just not in the way we first imagined.

Funding Change, the technology company that drew the winners for the Vax to Win lottery, approached us about running a PR and marketing campaign to springboard off the attention from the vaccine lottery. We jumped at the opportunity to work with such a high-profile event in Manitoba, and once we started working more closely with Funding Change and its employees, we found even more reasons to enjoy working with them.

Start By Solving A Problem

Richard Branson, founder of the Virgin group, is known for saying, innovation is born from frustration. Funding Change started in 2015 after one of the co-founders wondered why he couldn’t buy a 50/50 ticket from his phone. From there, they steadily grew and have since run draws and raffles for many recognizable non-profits and organizations such as the Winnipeg Blue Bombers, Grace Hospital Foundation and Dauphin’s Countryfest.

We wanted to harness the attention already paid to the vaccine lottery, so we developed a press release about Funding Change and the randomized number generator system being used for the vaccine lottery. We emphasized the safety and integrity of their system and the checkpoints that were in place at various stages of the process to ensure Manitobans’ health information was kept private.

A few outlets picked up this story and ran feature stories on Funding Change, including the Winnipeg Free Press, Global News and CBC. We conducted media training with Nicholas Tenszen, CEO and co-founder of Funding Change, who acted as spokesperson for the company throughout these interviews and the ones following it.

Dooley team members Adam Dooley and Georgia Dalke also attended the Vax to Win lottery press conference with Tenszen where Manitoba Liquor and Lotteries announced the first seven winners of $100,000. It was a very exciting event with lots of positive energy in the room – it’s hard not to be happy when they bring out the big cheques. One of the winners, Trent Fingler, even went viral on Twitter for his impassioned speech on vaccinations.

Because of Funding Change’s integral role in the draw, we earned more coverage after the winner announcements from the Winnipeg Free Press, Winnipeg Sun and other smaller rural papers and websites.

But we didn’t stop there. We still have more press conferences to attend with the announcement of the youth scholarship winners and a second round of winners in September. Also, we are coordinating an entire digital marketing campaign on Facebook, Instagram, Twitter and LinkedIn.

For this campaign, we are focusing on two main objectives: brand awareness and lead generation. Funding Change had already expanded to British Columbia and is waiting for a license to expand into Ontario, so they wanted to create more buzz in those provinces. While we harnessed the attention from the vaccine lottery in Manitoba, that coverage won’t carry over to other provinces, so we got to work writing ads specifically for those locations.

Funding Change has so much to offer non-profits and other organizations looking to raise money, making it easy for us to write relevant and effective ads. We focused on the security of their online system, how much time it can save non-profits and how online fundraising increases potential audience reach.

As the vaccine lottery excitement and Funding Change’s marketing campaign winds down, we will continue to evaluate the results and build upon our knowledge for potential future campaigns. Even if none of our team members won the $100,000 prize, it was great to help this innovative client get some well-deserved attention. 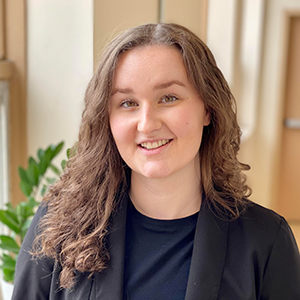