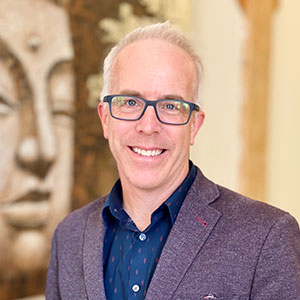 Adam has carved out a reputation as one of Canada’s most capable and dependable communicators. He began his career as a journalist before moving into corporate communications and marketing. Before launching Dooley PR & Marketing, he was a successful executive overseeing Canadian and North American brands with first Assante Corporation and then Cambrian Credit Union. His marketing strategies delivered nearly 20% year over year asset growth for Cambrian.

He founded our company in 2007 and quickly established it as a leading PR agency in the Canadian Prairies, earning praise from clients such as Ford, Costco and Cabela’s. Since then, he has overseen the agency’s transition into a digital marketing leader.

He’s created and guided branding and marketing strategies for large and small companies, and led dozens of executive teams through media training and crisis management. His award-winning career has also been marked by his dedication to teaching his craft, including at the University of Winnipeg. A lively and clear-headed speaker, Adam is looking forward to welcoming you to class.