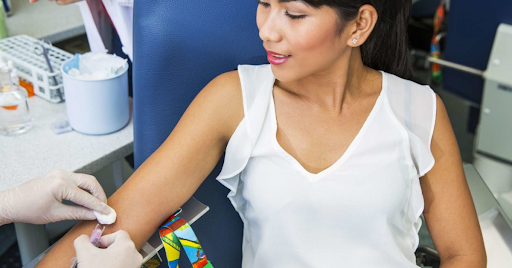 Diabetes is a serious health issue for hundreds of thousands of Manitobans. November is Diabetes Awareness Month and Dynacare and Diabetes Canada are collaborating for the fourth year to increase the awareness of this disease among at-risk groups across the province.

The annual #Dynacare4Diabetes campaign encourages early detection of the disease by way of testing. Getting tested for diabetes is an essential part of this fight because it allows you to know your status and obtain necessary treatment to reduce potentially complicated issues in the future.

People at risk of developing type 2 diabetes include those of Indigenous, African, south Asian, and east Asian descent. People who are overweight and over the age of 40 are also at risk. To find out if you’re at risk, visit the Diabetes Canada risk assessment. Throughout November, Dynacare is offering A1C (blood sugar) tests at no cost to the Province of Manitoba and will donate $0.50 per test to Diabetes Canada up to $25,000.

Over the past four years, we’ve enjoyed great success with this campaign, generating millions of impressions in earned, shared and paid media. One of our principal goals this year was to improve our outreach to specific target groups, including Manitobans of Indigenous, east Asian, and south Asian descent.

We were proud to roll out a multilingual advertising campaign that included radio advertising in four languages. We recorded radio ads in Ojibwe and Cree (airing on NCI radio), Tagalog (airing on Filipino programming on CKJS) and English spots that ran on those stations plus CKDM in Dauphin, and CJOB and PeggyFM in Winnipeg.

We also focused our in person outreach to connect with community groups representing those ethnic groups and many others. Our team reached out to more than two dozen different organizations to make them aware of the campaign and engage them as allies in our wellness outreach.

We also added a virtual panel discussion to our campaign this year, which featured speakers from Dynacare and Diabetes Canada as well as well-known diabetes management and educator Lori Berard. Attendees learned about diabetes care and management. Topics included risk factors, screening, nutrition and fitness, treatment advice and much more. Participants were given an opportunity to learn more about diabetes in the Q&A session.

To further increase testing access to people who are at risk, we helped coordinate and promote four mobile clinics. The first ran in conjunction with our Nov 3 kick off event. The other three were at the following locations:

While the general public were welcome to attend each one, the clinics were actively targeted to specific segments of the population (Indigenous Manitobans and the Sikh community) that have higher incidences of diabetes.

Diabetes is increasingly prevalent in Manitoba. Fighting this epidemic requires all of us to mobilize as a community. Let’s do our part to combat this deadly disease.