Behind the Scenes of the Manitoba Hotel Association Campaign 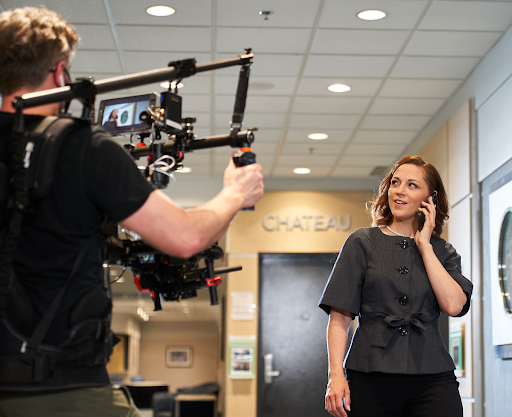 How we go about creating a huge multimedia marketing campaign

When you’re asked to produce a big campaign for a big client, where do you even start? There’s a website to build, ads to create, commercials to shoot, radio ads to produce and photos to take.

Recently, Dooley PR & Marketing was tasked with producing a campaign for the Manitoba Hotel Association (MHA) — one that encourages job seekers to apply for hundreds of positions available at Manitoba’s hotels.

So, what comes first? At Dooley PR & Marketing, it starts with a creative big idea. When our creative director, John Heim, heard about the project, he came up with a tagline on the spot: There’s Room For You. He began storyboarding ideas and thinking of what the tone of the campaign should be. He knew he wanted to show off the exciting, fast-paced nature of working in a hotel, and he also wanted to show how each job offering required a different set of skills or even a different type of personality. Neat freaks or detail-oriented people might fit best in a job in housekeeping, while conversationalists might prefer bartending or serving.

Another idea he wanted to convey was how essential each worker is in making sure the hotel runs smoothly. To accomplish this, John wrote fun “hero titles” that replaced the traditional job title for each position. Housekeepers are “Dream Weavers,” management staff are “Squadron Leaders,” banquet porters are the “Purveyors of Parties” and so on. Whatever the job was, John wanted to make sure that job seekers got an idea of the huge variety of exciting work available to them, no matter their past work experience.

Next came a lot of collaboration. A major part of this campaign was to create a 110-second video that showcased the different jobs available. This video also had to be broken down into smaller clips to be used as commercials for digital display ads, TV and ConnectTV (streaming services). So, Dooley PR & Marketing met early with Tripwire Media Group, a Winnipeg-based video production company (who also happens to be our neighbour in the Exchange District). Together, we put together a script, scouted different hotels to film in and spent two days shooting. To make the video as authentic as possible, we worked with real hotel employees and recorded them in their workplace, doing the job they normally do. We also took photos of the staff to be used for the website, print and digital ads and more.

This campaign also involved the writing and recording of three radio spots. Good radio needs to engage the listener within seconds. Sound effects, compelling copy and the right voice talent all play important roles in reaching that deliverable. Putting words on paper came first. With only 30 seconds to work with, the script needed to engage, convey the message and get out with some degree of finesse.

Once the words were cemented, we turned to our experts in the sound category: the fine folks at DACAPO Productions. Sifting through the voice talent SOUNDS fun but it can be time consuming. Does the talent match the message? The demographics? Do they say certain words funny? (and not in a good way).

Talent secured, we headed into the studio. After a few hours reading through the scripts, along with a few retakes (“Can you make ‘Order up!’ sound a little more urgent?”), the spots went into post production where the magic sauce of sound effects and editing were added into the mix. And **POOF** a well produced, creative and fun 30 second radio spot is delivered (not by stork but via email).

Another goal of this campaign was to create an engaging, interactive website where job searchers could find out more about the employment opportunities available to them. This is where our graphic designer and web developer, Yulia Joglekar, got to show off her skills. She designed a site that gave users a place to go for more information about the jobs available and a place to submit their resume. All content produced about this campaign drives people to this interactive landing page, theresroomforyou.ca, so it was important to make it perfect. The site has a floor plan of a hotel that directs users to different videos that showcase each position in each part of a hotel, and there’s also a fun quiz where job hunters can find out which position might suit their personality best.

To go along with the commercials, radio spots and website, are, of course, digital and print ads. Tasked with this aspect of the campaign were our digital marketing specialist, Kate Chan, and our copywriter, Rachel Ferstl. Using photos taken from the video shoot and images designed by Yulia, they planned and produced ads to be placed in newspapers and on a variety of social media platforms. Our account manager, Ron Greasley, planned and negotiated the ad buy with media outlets across the province in order to make sure every Manitoban had a chance to hear or see the campaign.

A final element of this campaign involved getting media attention to spread the word even further. We sent a press release to news outlets across Manitoba, gaining earned media coverage from CBC Manitoba, the Winnipeg Free Press, CTV News Winnipeg, the Brandon Sun, ChrisD.ca and 103.1 Virgin Radio. With this coverage, our campaign has the potential to reach up to about 1,313,000 people.

The campaign launched on June 30, and with hundreds of resumes already submitted in the first week, it’s safe to say that this campaign is off to a great start. As with all projects at Dooley PR & Marketing, teamwork is key. We had just 60 days from when we were asked to start the project to launching the campaign in the market. All hands were on deck. Without a diverse group of writers, planners and designers completing this campaign would not have been possible.

Is your business in need of an ad campaign? Let us know what your goals are and we can make something happen. 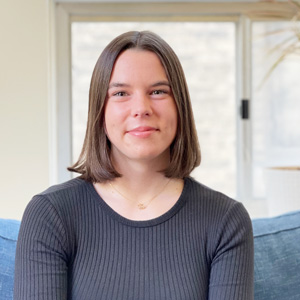