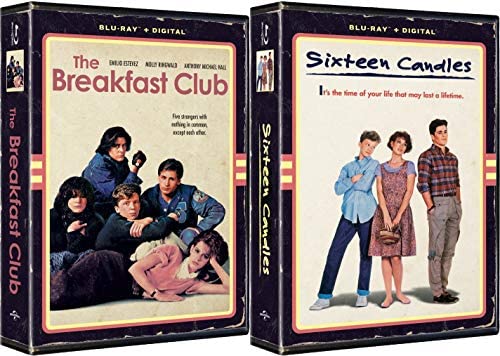 "Hey, can you stop by Blockbuster on the way home from work tonight and pick up a movie?"

It's been a long time since anyone has muttered those words. A very long time. However, that sentence was spoken several million times a day at one point in history. In 1985, the video store was a new thing. It was a departure from theatres and (if you were like me growing up) from the three local TV channels we had on our home television set. Don't get me wrong, the Beachcombers and The Tommy Hunter Show were great. We were just ready for fresh content. Video stores offered us that.

Back in an era when the VHS machine (or Beta) was the size of a small automobile, video rentals were a welcomed departure from the routine of network TV. They also became woven into the fabric of Friday nights.

As people purchased VHS machines, the movie studios offered up more selections to rent. Video stores became as prevalent as Starbucks, with several popping up in suburban neighbourhoods seemingly overnight.

Rogers Video, Adi's Video, Jumbo Video and yes, the industry leader: Blockbuster Video. They all offered customers a cornucopia of movie selections, along with candy, games, equipment rental and of course, free popcorn. Then as technology changed (harbinger #1), movies moved from bulky tapes to sleek DVDs. Better picture quality, easier to handle and no rewinding (we all loved that rewind fee fine didn't we?)

People would call ahead to their local video store to ensure the newest release was available. This call would serve two purposes 1) negate a needless drive on a cold night and 2) bring home a much less desired selection since "we're here ANYWAY" was usually an excuse to bring home Don Cherry's Rock 'em Sock 'em Hockey Hits 25.

If that new release wasn't in, were there any due back tonight? If the answer was yes, it wasn’t uncommon to see a crowd of people loitering around the DVD return bin in hopes that a copy of The Little Mermaid had just been returned. "Could you check one more time? Please?"

There had to be a better way! Turns out a disrupter was in the wings.

Around this time, some interesting TV commercials started airing.

I remember watching human depictions of various movies seated in a classroom. The head of the class was yelling out requests for "western" or "horror." The appropriate "movie" would answer, and they were quickly sent on their way to the home that requested them. If urgency wasn’t on the agenda, you could order a DVD movie through the mail. The MAIL?! Yup, through a new company called Netflix. Go online, make a list of movies that you like and in about one business day, they would be in your mailbox. Return them whenever you want. No late fees. Crazy, right?

Once Netflix had addressed some of the major pinch points in the video rental journey (late fees, limited selections, leaving the house, limited hours), they started offering movies through various gaming consoles. Companies like XBox and Playstation allowed end users to access Netflix through their television and stream the movie directly to their home.

(It should be noted that Blockbuster was a little late to the game with their Blockbuster Total Access service. That service was heavily tied to their bricks and mortar stores.)

So, Netflix addressed the obstacles in the movie rental business, saw the advancements in internet connection speeds (harbinger #2) and partnered with existing, well-known gaming consoles to slip into people's homes. Delivering content when customers wanted it in the comfort of their own homes. Netflix saw where customers and technology were going.

Customers are accessing content on their schedule on the devices that suit them. Gone are the days you needed a gaming console to access streaming services. Your mobile device is now the delivery method of choice. The COVID-19 crisis only fueled that consumption of content.

Internet speeds are getting faster and faster. WIFI is almost ubiquitous these days.

I believe that we have all "binge watched" shows. That was hard to do before Netflix. Yes, you used to have to wait a whole week to watch the next episode of your favourite show. Oh, the injustice!

It was over 17 years ago when the folks at Netflix knew that things had to change in the content delivery sector. Technology was changing and customers were expecting more. Customers knew what they wanted or at least Netflix knew what it wanted and set in motion the streaming services that we enjoy today.

To stay relevant, they've invested in the future by producing their award-winning programming (Netflix is winning Academy Awards these days), adapting to changing customer requests (less expensive ad-driven memberships are on the horizon) and being top of mind in a labyrinth of streaming services such as Prime Video, Crave TV, Hulu, Apple +, Disney + and STACK TV.

In the words of Henry Ford, "If I had asked people what they wanted, they would have said faster horses." Netflix stayed relevant and I believe they still own the streaming category in most people's minds. But they’ll need to continue to innovate, connect and listen to the opportunities of the future. So should you and your business.

Keep your company relevant and your customers will follow.

And if you would like to learn all about one of the very last Blockbuster Video stores, located in Bend, Oregon, you can watch it on Netflix. Oh, the irony. 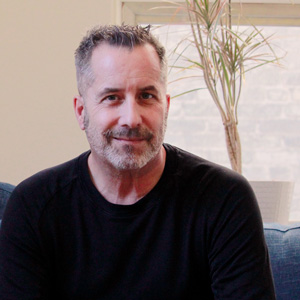