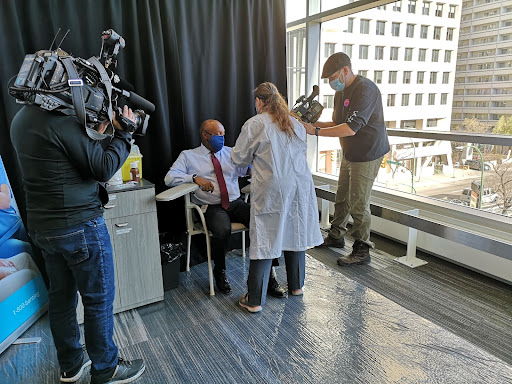 Dynacare and Diabetes Canada have wrapped up their fourth annual #Dynacare4Diabetes campaign surpassing the goal of testing 50,000 at-risk Manitobans for type 2 diabetes. From November 1 to December 6, Dynacare completed a total of 50,230 A1C tests – an astounding 51 per cent year-over-year increase. Thankfully, the current COVID-19 restrictions allowed us to provide in-person testing events safely while social distancing.

In Manitoba, there are approximately 403,000 people currently living with undiagnosed or diagnosed diabetes or prediabetes (28% of the province’s population).

Manitobans at risk of developing type 2 diabetes include people over 40, overweight, or of Indigenous, African, South Asian, and East Asian descent. We targeted our digital and in-person efforts to reach these people. The highest click-through rate came from English and Sikh viewers, while Filipino people watched the most videos.  We ran social and radio ads in English, Tagalog, Ojibwe, Cree, Dhamaal, Punjabi and Mandarin.

In the last four years, we celebrated impressive achievements with the #Dynacare4Diabetes campaign — we gained millions of impressions in paid, earned and shared media. This year was no different — we achieved an estimated 5,223,100 impressions on our earned traditional media and ​​395,516 impressions on our paid ads.

We received 22 earned media clippings, two more than the previous year. Many local outlets picked up the story and ran articles on the #Dynacare4Diabetes campaign, including Winnipeg Free Press, Winnipeg Sun and Global News Winnipeg. Dr. Jenisa Naidoo, Dynacare’s Chief Scientific Officer, and Andrea Kwasnicki, Regional Director for Diabetes Canada, were spokespeople for these interviews and the ones following.

We kicked off the campaign on November 3 at Winnipeg's RBC Convention Centre with City Councillor Markus Chambers and MLA for River Heights, Dr. Jon Gerrard, in attendance. Joining them were representatives from African Communities of Manitoba, Winnipeg Chinese Cultural & Community Centre, Ma Mawi Wi Chi Itata Centre and other organizations.

In November, we held three mobile clinics at St. Kateri Tekakwitha Church and Maples Community Centre in Winnipeg, and the Manitoba Metis Federation in Dauphin. This allowed approximately 100 high-risk persons to access free A1C testing. We also hosted an online panel featuring speakers from Dynacare and Diabetes Canada. We were glad to see Manitoba Health Minister Audrey Gordon and Coun. Devi Sharma at the Maples Community Centre mobile clinic, rolling up their sleeves.

Lending their support to the campaign this year were notable Manitobans, such as CFL Player Obby Khan and Indigenous leader Sheila North, who recorded video messages about #Dynacare4Diabetes and the importance of the awareness of risk factors.

This wellness initiative has allowed us to teach many Manitobans over the last four years the signs of diabetes and provide free A1C testing for them. We will continue to build our knowledge and progress this campaign in the following years to ensure we do our part in combating diabetes.

If you missed your opportunity for a free test or joining our informational panel, Diabetes Canada has everything you need to know. Click here to learn more. 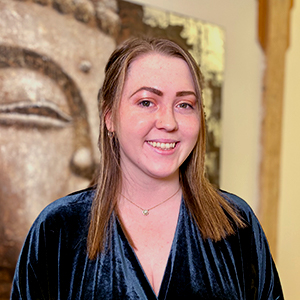