History In The Brick And Mortar 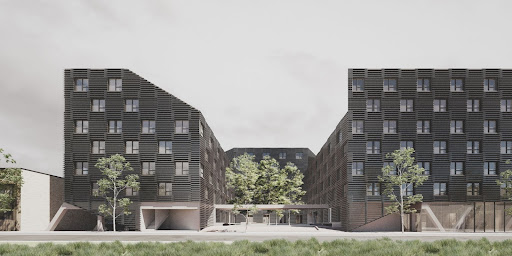 At Dooley PR & Marketing, we have the privilege of working with various clients from diverse industries.

One of our most recent and welcomed additions is a Canadian-developer RNDSQR (pronounced Round Square), who is looking to establish a presence here in Winnipeg.

They’re off to a great start.

As we get closer to the grand opening of RNDSQR’s first Winnipeg development, 90 Alexander, we’ll have news to share about this award-winning structure.

In the meantime, read about RNDSQR, its new development at 90 Alexander Avenue, and the history of the area.

As a proud Exchange District community member, Dooley PR & Marketing is proud to present History In The Brick And Mortar.

115 years ago, Winnipeg’s Exchange District was a hive of activity.

Boats arriving at the Alexander Docks, freight cars loading and unloading in the warehouse district, and workers jamming sidewalks.

A new signature housing development is rising from the ground that aims to honour the old, embrace the new, and bring back more street life and vibrancy to the iconic area.

90 Alexander is already entrenched as a chapter of Winnipeg’s origin story. As the first Winnipeg project for renowned Canadian developer RNDSQR, the new building promises to write a new chapter for this century.

It will preserve the heritage building, converting it to apartments, and then a new modern structure will envelop the old bricks and mortar to provide a one-of-a-kind structure to anchor the north end of Waterfront Drive.

At the turn of the 20th century, Winnipeg’s Exchange District was the focal point of one of the fastest-growing urban economies in the world.

It was roughly a century after Scottish settlers formed the Red River Colony (1812) and about 30 years after Louis Riel led the Metis’ Red River Rebellion (1869), which brought the Province of Manitoba into confederation.

Winnipeg was quickly industrializing. New immigrants flooded the city to work in the new “Gateway to the West.” It was a boomtown heavily shaped by industry and the transport of goods throughout the 1800s and into the early 1900s.

The city strategically placed its warehouse district along the river in what is now the Winnipeg Exchange District, according to a 2015 report by Murray Peterson, the city’s heritage officer, who has 30 years of researching and writing about Canadian history - its people, buildings and important events.

The East Exchange District was historically characterized by industrial docks and a supporting assemblage of late-19th, early-20th century warehouses.

By 1900—in addition to river travel—the Canadian Pacific Railway, Northern Pacific and Manitoba Railway, and Winnipeg Transfer Railway were all factoring into the success and growth of the warehouse district.

Some of the most successful manufacturers on the continent sought out the area to set up shop, according to Murray.

The underpinning of a booming river industry, the warehouse district’s master plan—consisting of unusually large, acre-length lots—expedited the movement of goods arriving via city waterways and was further bolstered by direct rail line service along its eastern edge.

With garment manufacturers and storefronts located a little further inland in what is now known as the West Exchange District, river bank warehouses formed the centre for wholesale supply to Western Canada.

The William J. Guest Fish Company was founded in 1890, according to Murray, and was “a successful commercial fishing venture on Lake Winnipeg.”

In 1905 the company moved to “increase its ability to process its catch” by building a modern warehouse near the Red River at 90 Alexander Avenue. Previously, the company’s headquarters were in Selkirk, but it had a retail store on Main Street in Winnipeg.

The Exchange District would have been bustling with activity at the time. Photos of the era show sidewalks crushed with people. The streets teemed with horses and then cars and trucks.

Great West Metal Limited later moved into the building in 1939 and occupied it until RNDSQR acquired it in 2019.

Strategically placing companies close to river travel and then railway lines, businessmen like W.J. Guest saw an opportunity to supply the needs of a growing population across Western Canada.

The City of Winnipeg later opted to transition the Winnipeg Transfer Railway right-of-way into a street called Waterfront Drive, but not as we know it today.

Much of Waterfront Drive, north of Pioneer Avenue (by Shaw Park), was a gravel road until the late 1990s.

Over the past several decades, the East Exchange District’s industrial space has been gradually redeveloped into multi-tenant residences.

90 Alexander is one of the last buildings to be redeveloped and continues the neighbourhood’s most recent transformation. As construction was started in January 2021, RNDSQR is creating what could become one of the city’s signature buildings.

“The development will be innovative just like the original buildings in the district while honouring the historical context of the heritage structure and the area,” said RNDSQR CEO Alkarim Devani.

“It draws on the emerging vibrancy of Waterfront Drive and will bring more than 300 residents back to the area,” he said. “We’re particularly proud that the building allows pedestrian traffic to flow through it, integrating the structure into the neighbourhood.”

Winnipeg’s 5468796 Architecture designed the new building, which received the Award of Merit from Canadian Architect for the building’s design in December 2020.

Co-founder and Managing Partner of 5468796, Johanna Hurme, said she and her business partner Sasa Radulovic are immigrants who grew up in European apartment buildings.

“Happily, RNDSQR believes in creating a vibrant community, so this project will include some of those elements; promoting and contributing to neighbourly connections and positive well-being and overall health,” said Hurme. She adds that the main floor will have an open and porous design concept, which encourages residents to interact with one another and spend time outdoors.

“People forget the Exchange District, in its infancy, was way ahead of its time. We don’t want to wash away the marks of history, but rather honour those heritage marks and bring them into the modern world,” she said.

The project sees the heritage space transformed into an apartment building with a brand new structure rising around it. In all, the project will feature more than 200 suites, which will range in price from $1,200 to $2,200 per month.

The building aims to cultivate community and include commercial space on the main floor for local businesses and coffee shops. Many restaurants and brewpubs make up the existing business community along Waterfront Drive.

Completion of the seven-story-building and tenant move-ins are expected by July 2022. 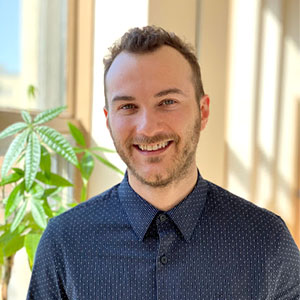